Castles & Country Houses, Event, Film & Wedding Hire, Gardens & Parks, Private Collections
Duivenvoorde Castle is a castle in the town of Voorschoten, South Holland, in the Netherlands. It was first mentioned in 1226, making it one of the oldest castles in South Holland.

Duivenvoorde is one of the oldest estates in Zuid-Holland province of The Netherlands and represents a unique ensemble of castle, park and estate. Duivenvoorde is a green oasis in the hectic day-to-day of its surroundings. The centuries old estate and 19th century landscape garden is located between Voorschoten and Leidschendam-Voorburg. The 260 hectare estate also includes three working farms.

Duivenvoorde castle’s roots extend back to the 13th century and the castle remains partially occupied to this day.  The original square defensive tower underwent a major reconstruction in the 17th century, the result of which we see today. The spectacular Marot Room with an ancestral portrait gallery featuring prominent Van Wassenaer heirs dates to the 18th century and provides a breathtaking view of the landscape gardens. The present bridge dates back to the 19th century and forms an integral part of the English landscape garden, replacing the formal French baroque gardens of the preceding period.

Residents
The Duivenvoorde estate has always been the domain of prominent aristocratic families. The first five centuries was dominated by the Van Wassenaer family, followed by the Steengracht family in the 19th century and culminating with the Schimmelpenninck van der Oye family in the 20th century. Neither Duivenvoorde Castle, the estate or collection were ever sold but always remained in the family through inheritance. The last owner of the estate, Baroness Ludolphine Henriette Schimmelpenninck van der Oye entrusted Duivenvoorde to a foundation in 1960. Following a major renovation in 1963 Duivenvoorde was opened to the public as a museum.

Historic Interiors
Duivenvoorde Castle has fourteen historic interiors, spanning the 17th through the 19th centuries, which are open to the public. Because Duivenvoorde was never sold but always passed on, collection and all, through inheritance the owners’ presence can still be keenly felt today. The historic interiors appear as if still occupied and exude an air of authenticity. Every room has its owns character.

Duibenvoorde is also a venue for film & photo shooting, cultural, corporate and private events, such as concerts, receptions, weddings... 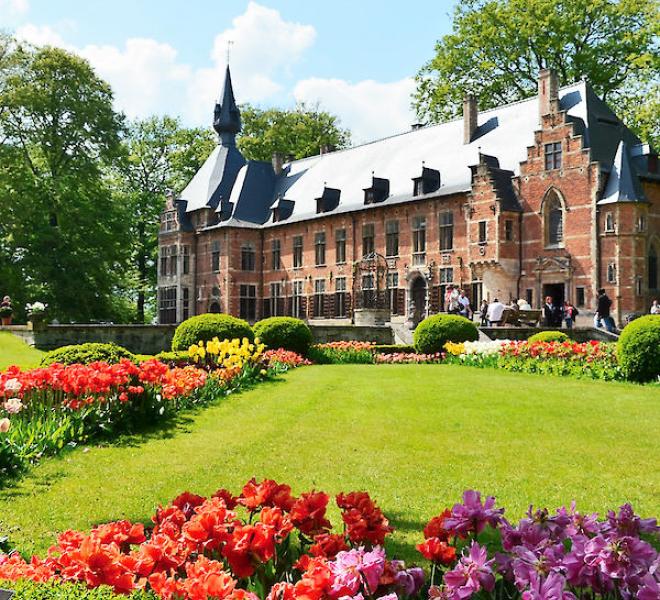