Castles & Country Houses, Gardens & Parks, Museums & Art Centres, Music
Hohenzieritz Castle, as we see it today, dates from the second half of the 18th century when it was owned by Duke Karl II of Mecklenburg-Strelitz. The plans were designed by Johann Christoph Dräsecke.

Luise, Queen of Prussia, died here in 1810, which made the castle well known far beyond the borders of Mecklenburg.

After 1918 the castle became a museum and until 1945 the valuable interior of the castle could be visited by visitors. Unfortunately, after WW II, much was irretrievably lost through looting and destruction.

The Hohenzieritz Landscape Park was created in 1776 by the garden architect Archibald Thomson. By 2011, the state of Mecklenburg-Vorpommern had the 25 hectare park reconstructed.
In the park stands the Luisentempel, in memory of Queen Luise of Prussia, created by the architect Christian Philipp Wolff in 1812. A bust of Queen Luise inside the temple, also designed by Wolff, was stolen in 1993 and replaced by a copy in 2007.

The castle is also a venue for concerts. 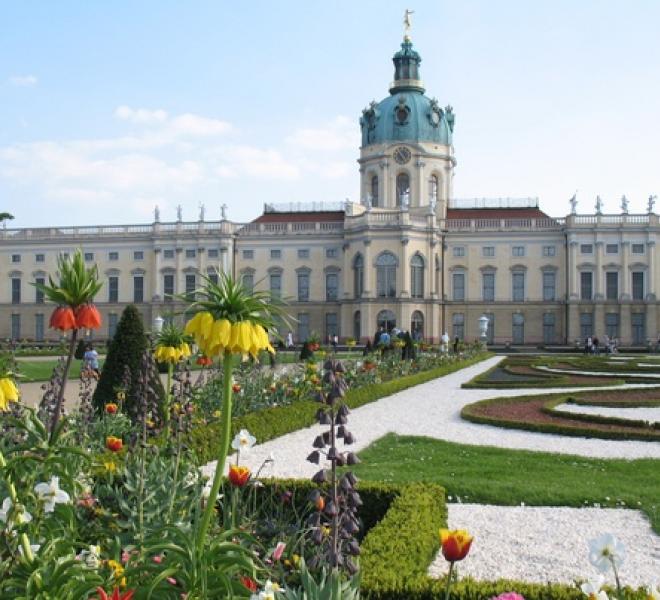 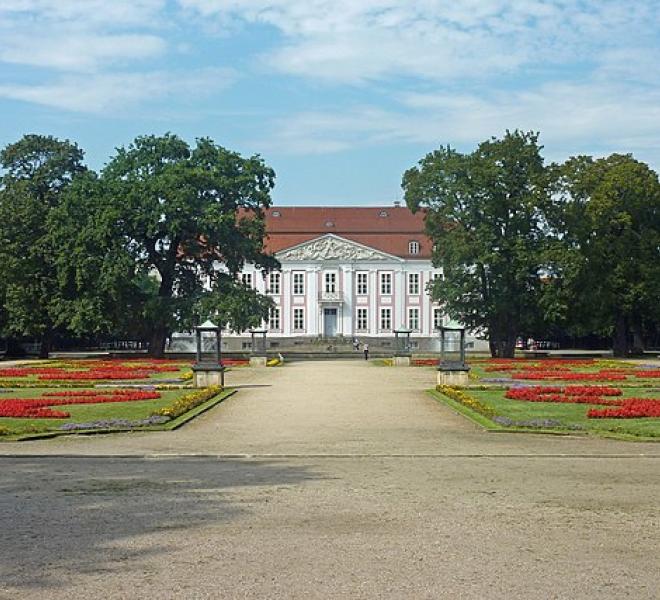 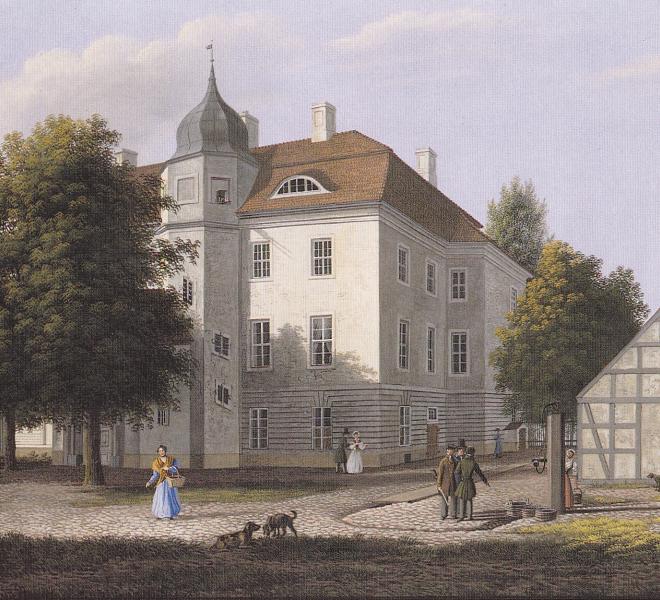